Please Note:  Some of these pictures were taken prior to ALL of the entries being placed on the tables. 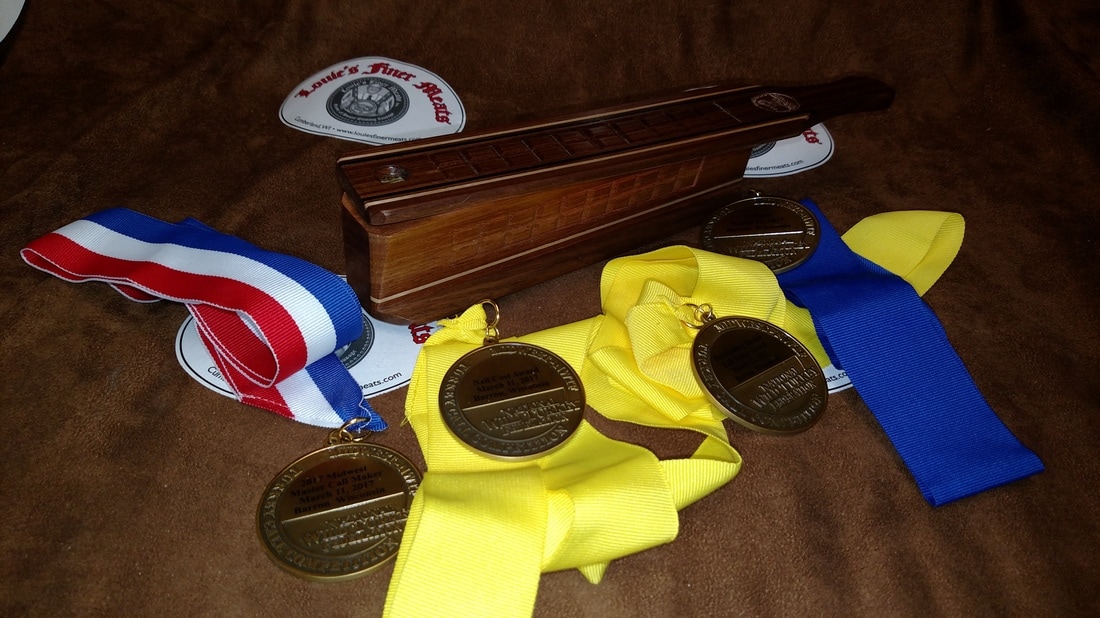 It’s fast approaching turkey call competition season again and I would like to take this opportunity to invite all call makers to participate in the 2017 Midwest NWTF Turkey Call Competition which will be hosted by the Wisconsin State Chapter of the NWTF at the Rolling Oaks Golf Club in Barron, Wisconsin on March 11th and 12th.

All calls will be sold on the Ebay Auction Site starting on Monday, March 13, 2017 and continuing until all calls are sold.

Total prize money for the competition is has increased from $5,750 last year to $6,550 divided between Decorative and Hunting call divisions.

This year the Call Competition will again be held at the Rolling Oaks Golf Club in Barron, Wisconsin.  Competition results will be available late on March 11th or early the following morning.  We will start listing calls on the Ebay Auction Site on Monday, March 13th and continue daily until all calls are listed and sold.  Payment of prize money and the call makers share of the proceeds from the sale of calls will be mailed to call makers after all the calls are sold.  Medallions will be mailed to the winners following the sale of all calls as well.  Summaries of judges reports will be completed and distributed to all competing call makers following the sale of the calls and the payment of any amounts due call makers.

We have also continued the decorative category for collaborative call entries.  Entries in this category will not be eligible for Best of Class or Master Call Maker of the Year Awards.

Also, on July 6, 2016 the U.S. Fish & Wildlife Service announced that a ban on the commercial trade of ivory went into effect.  This ban prohibits the sale of ivory.  Therefore we are prohibited from allowing any call to be entered in the NWTF Midwest Custom Call Competition that is made of or has ANY ivory on the call. Please do not enter calls that are made from or contain ivory.

Judging for the 2017 Midwest NWTF Turkey Call Competition will be held on Saturday, March 12, 2017 at the Rolling Oaks Golf Club in Barron, Wisconsin. Judges will include experienced turkey hunters, competition callers and turkey call makers.

There are some important dates to remember for the 2017 competition as follows:

If you have any questions or just want to reach out and say hello, feel free to
email : Earl Duckett  <ducknest1@gmail.com>